Recently, a mother brought her 2-year-old son, Sam, to our office for severe eczema and food sensitivities.  She was a little uptight and nervous but the mamma bear in her blurted out “my son is vaccine injured”.  I calmly asked to hear his story.  She quickly relaxed when she realized she did not have to struggle to convince me that he could be injured.

The story was typical.  Sam had been a normal toddler; healthy, good appetite and trying new foods, slept well, and had good vocabulary development until he received his 18-month immunizations.  For several days after the immunizations, he was very restless, cried constantly and was not easily consoled.  Shortly thereafter, the mother reported that the skin on his arms developed a flaking rash.  Within a month, the rash had spread to most of his body.  She reported that nothing seems to help it go away.

At the time of our office visit (approximately 9 months after his immunization), the mom reported Sam had developed severe reactions to most foods, especially grains and eggs.  She said these foods would cause severe cramping diarrhea, crying, poor sleep quality and the rash to become red and highly inflamed.    In tears, she shared the difficulty of finding foods that he would tolerate.  She was also concerned about his growth and possible malnutrition.

After collecting an extensive medical history and performing a physical examination, I agreed that the boy was vaccine injured.  We started his rehabilitation first with a radical diet change.  Our nutritionist worked with the mother teaching her how to eliminate inflammatory foods and replace them with foods that would heal and seal the gut lining.  They also introduced small amounts of fermented foods to restore the microbiome.  We also treated for candida overgrowth as the child had repeated antibiotics for ear infections.  Additionally, he started on a little iodine and fermented cod liver oil.

A month later, his symptoms had significantly improved.  At this point we introduced mild detox baths that included bentonite clay.  I explained that the warm baths before bedtime would not only help his body eliminate toxins but would also relax him so he would sleep better.  We also added a mild oral chelator that would promote toxin removal from within.  Low concentrations of ozone ear insufflations were performed 2-3 times per week.

At the last progress meeting, Sam looked and felt much better.  His interaction with myself and the office staff was much more appropriate for his age.  The rash was completely gone.  He had not had an episode of diarrhea or crying outbursts in several weeks.  The mother reported his speech development seemed to grow very quickly and his behavior was much more stable.  She was excited to see that not only was his health greatly improved but his mental development had really expanded.

I was so excited to see that Sam’s body was able to heal itself…it just needed a little push.  At his last appointment, six (6) mo after his initial consultation, Sam remained symptom free and was an active, playful 3-year-old.  I encouraged Sam’s mother to continue his low inflammatory diet as we believe it is a foundational piece for exceptional health.  She shared that the entire family had adopted Sam’s diet and everyone felt amazing!  Even Sam’s pediatrician was astonished at his transformation.

This was a case of a moderately injured child who responded well to our program.  The body holds wisdom and knows how to heal itself.  Often, it’s just a case of providing it something it lacks or helping it get rid of excess. 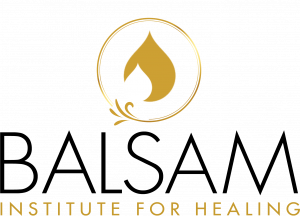 Blending the holistic approach of functional medicine with conventional western medicine to get to the root cause of illness and correct it.

About the Institute
What We Believe

About the Founder
Andra’s Story